I sat and looked at the bundle of string wrapped loosely around two sticks. This was going to be a baby bootie?? Who did I think I was kidding? I was a clueless guy, for crying out loud, not someone naturally gifted with craft genes who can just look at something and make it work. But, I had promised my sister, and so here I was, at a yarn shop preparing to begin my journey as a knitter.

It’s my Nana’s fault, you see. She had been an incredible knitter, and welcomed each and every child into our family with hand knit booties lovingly crafted by her, each stitch a kiss, each purl a hug. And then cancer got in the way, and my sister was left expecting her first child with no Nana to knit for them. In the moment, Sis’ hormones got the best of her and she concluded that all the good in the universe had disappeared.

And while I, too, missed my Nana tremendously, the simple fact remained: she was gone, and nobody else in the family knew how to knit. Nobody. We had her needles, we had her patterns, but we did not have HER.

Being a problem solver, I figured that I could probably learn to knit fairly easily, and turned to books for help. It was like reading a foreign language, all K and P and SSK, to say nothing of the M1, PSSO and YO, I was confused beyond belief! So, I headed to the local craft store to buy some yarn and see what they could do to get me up to speed. And that was where I hit my first hurdle: they would not teach me. Not a single lesson. “Guys do NOT knit,” end of discussion.

So I turned to technology. At this time, the internet we all know and love was mostly AOL, and youtube? Forget about it. I had to rely on a CD-ROM that promised to teach me the finer points of knitting. Sure it would.

I spent a frenzied three weeks locked in my computer room, obsessively watching the videos, listening to the descriptions, and wiggling my needles and yarn in random movements, praying that I would somehow, some way, magically get the hang of knitting, and make the booties in time.

And I did! Well, kind of. I finished the booties, they sort of looked like Nana’s, too. And, even if one was a little bigger than the other, who cared? My sister had her booties, and the tradition lived on! Hooray!

Until I tried to knit something else. It looked like a cat had eaten my yarn and barfed it back up, a dreadful tangled mess of sad looking loops and snarls. It was, in a word, hideous.

But I persevered, and tried a scarf. Simple, basic, scarf. And it worked again! So, encouraged, I went to a different yarn shop, hoping they could help me. Nope, still with the “Guys don’t knit”, still with the weird looks. Everyone was kind when I first would walk in, asking what my wife or girlfriend had sent me after, and then get….distant when I would say I was shopping for me.
So it continued for many years, and I worked on learning to knit better, I worked on finding the magic element that would “fix” my knitting so that I could DO more than scarves and mittens and baby blankets. 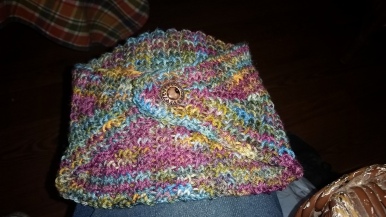 I tried to join a guild, but was told that having a guy at the meetings would “hinder creative conversation” and so they had to deny me membership. I was running out of hope.

And then I moved. Found a new yarn shop, went in and was accepted as a crafter, not a guy. They got so excited I was there that they actually called the local paper and I got featured in a story about how “Guys knit too!”

But I didn’t really. I made a good show of it, could turn out reasonable looking items, but they were not quite…right somehow. Finally, I couldn’t take it anymore, and took an unfinished item to the store owner for advice. She looked at my work, complimented my stitches, the evenness of my tension, but said “I can’t help you, you are NOT knitting! You are upside down, inside out and backwards from knitting.” I was crushed.

And then it hit me: I truly WAS upside down and backwards, as I learned to knit by mirroring what I saw on the screen, which had already been mirrored to show what it would look like to you, the knitter! I was flabbergasted to say the least, but figured I might be on to something. I rewrote one of my Nana’s patterns to work “backwards”, and knit it up. It WORKED!

I tried a shawl, rewriting it to read “backward”. It worked too! I had found my magic bullet! I had figured it out! Well, ok, I had taken a baby step on the road to being a true knitter, but hey, it was a start! 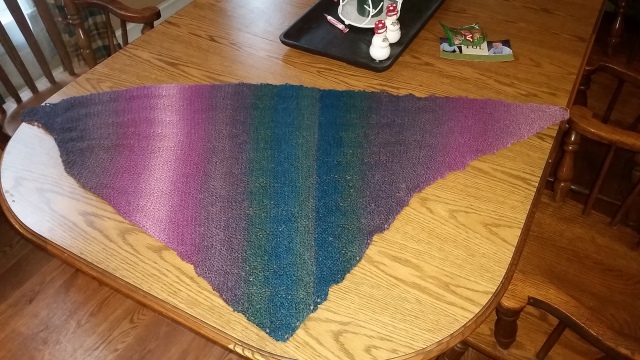 Next came cables, lace, and other attempts at things that still are a little beyond my grasp. But I am working on it every day. 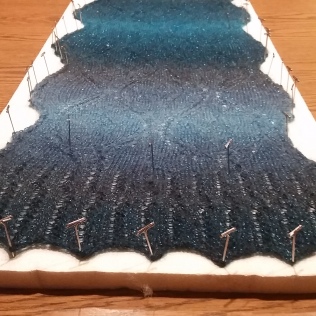 Now, I am designing my very first pattern, and actually have some lovely people from around the world helping to test knit it. And I was reminded by this process, the collaborative knit as it is, that we ALL knit our own way. Each of my knitters has put their own spin on the pattern, and in fact, I realized four rows in to the second chart that I am knitting my own pattern the “wrong” way. Oy!

I have begun working on remembering to knit “correctly”, but the lessons I learned knitting “backwards” have stuck:

No matter what you want to do, someone will tell you that you can’t do it. Do it anyway.
You may not find a teacher for what you want to learn. Become the teacher.
You may be doing it wrong. Do it your own way, as long as it works.
And finally, don’t be afraid to grasp that you ARE wrong, and learn the RIGHT way to do it.

***By the way, if you are between knitting projects and in need of a good book or two, may I suggest any of the following?

I’d like to thank you for reading my guest post, and I promise your gracious regular poster will return very soon. If you liked what you read, you can follow me over on my blog, which I noticed really REALLY needs to be updated, or find me on facebook.

May all your crafts go the way you wish!