Posted on November 4, 2016 by bettigefecht

… that about sums me up.

Hi there – my name is Betti Gefecht.
Wenn Karin invited me – out of the blue – to write a guest post, about myself of all things, the first thing I said was, “Uhm… why me?”
And she answered, “You’re crafty, aren’t you?”
Well, yeah, I guess I am. Kinda. So here I am.
Thank you, Karin, for having me!

When I thought about what crafty stuff should I write about, I remembered something I haven’t indulged in for quite a while now. It’s very crafty, I promise.

I won’t bore you to death with the story of my life. I’ll give you pics and examples and links to look at, since that’ll probably be more entertaining, right?

Just let’s get some things out of the way first really quick:

I’m from Germany, 54 years old, wife, mother and grandmother, and I live with my husband, a dog, two cats, two goats and 42 fishes in a rural area near Hamburg, Germany.

My friends on the interwebs mostly see me as a writer and musician, I guess.
I also paint and illustrate. I have a day job at times as a graphic designer, so that’s kinda crafty, too, right? And I translate English rom lit into German, mostly books of the slightly naughty kind. I’m generally a naughty girl, I think…

Some people would say I’m a pretty versatile person, when it comes to all things creative, but maybe I’m just undecided? Anyway, here goes: 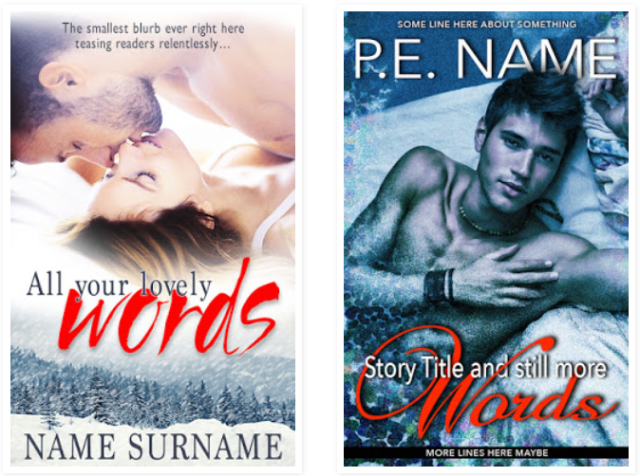 See? That was quick. I’ll put some links at the end of this post, so you can explore more stuff on your own if you’re so inclined. Like more music, videos, fan fiction, banners and stuff…

And now for my secret crafty thingie
not even my internet friends know about:

SURPRISE! Once upon a time I used to make dolls. They came in all shapes and sizes. It was something I really, really loved to do, because it requires all different kinds of crafts. Like sculpting, painting, sewing… When you’re making dolls, you’re an allround designer, from the characters itself (which usually have their own stories to go with them) to their fashion lines. The sad fool above was one of my most “normal” creations.

I loved fantasy dolls. Sometimes I would take characters from books and imagined what they would look like. Looong before the movies, this was my early take on Frodo and Sam from Lord of the Rings:

But I also created my own fantasy worlds and characters in my mind and brought them to life, so to speak. Like this alien couple, a fierce warrior and his amazon:

Or this benign king and his royal pet, a mix between cat and dragon: 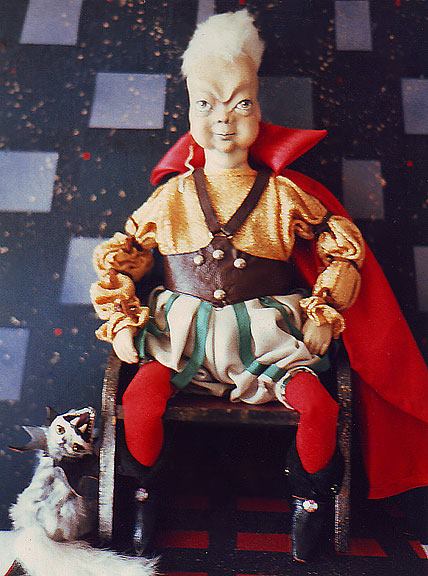 I also portrayed humans. When I started making dolls, we lived in a part of Hamburg where there were lots of punks and kids living on the street. I would chat with them on my way to work, give them a little money or share my cigarettes. Some of them became my models. This guy ended up with a cast and a black eye after getting into a fight:

Below are his friends. The dolls in this series of punk kids were about 15 inches. But I also made dolls in smaller and bigger sizes. The biggest I ever made stood 30 inches tall.

Marie, breastfeeding on a doorstep – and three years later…
There’s a nice story here… I sold this doll to a married couple. When they got divorced three years later, the husband took the doll with him although he didn’t really like it that much. He just wanted to hurt his now ex-wife who was inconsolable about losing it.
So I made her a new one, only now Marie and her baby girl were three years older and free to go on a nice mom-daughter-only trip together. Check it out:

I sewed a tiny backpack and a teddy bear. And even drew a map, crafted little lunchboxes and stuff. You can’t see it, but’s all inside the backpack. And notice how mom lost her mohawk, all adult now and stuff 😉

The heads, hands and (if visible) feet were made of a wood-based modeling compound. It came in bags of a light-gray flour of sorts that I mixed with water to work with it. Unlike clay, no baking is necessary. I just let it air-dry, and once it’s dry and hardened, I can treat the material like real wood: carve it, file it, sand it, paint it and varnish it.
When I painted the faces, you could say that  I used a technique that is quite trendy nowadays in make-up tutorials, called conturing. Playing with light and shadow, even though the form is already there in 3D. Even the little dots of light in the eyes or that glistening on the lips is painted on.

For the hair, I used all different kinds of material I could get my hands on… little pieces of fur, real hair, wool… once I found a fringe braid of the kind you use with oldfashioned upholstery, and when I unpicked the fringes, they made for the loveliest blond locks. Like the ones of Mike, the rock guitarist: 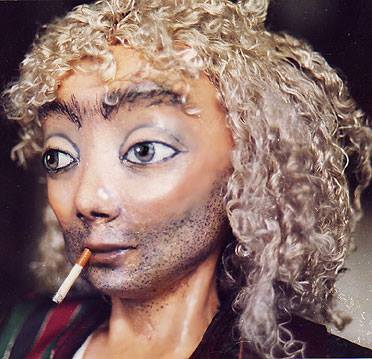 And I really went wild with the costumes. These are Mike band mates:
(it were the 1980’s, folks!)

Did you have fun looking at those?

I really hope so. It’s the craftiest I could come up with. If you maybe feel inspired to create something like this yourself now and/or have any questions about it, I will happily try and answer them. Ask away. 🙂

Karin said, I could also pimp my upcoming new album which will be out in December, so yeah… I cannot not do that. YAY!!

That’s the cover. Cool, hu? The songs are all about love in all its facettes, from simple kindness to friendship to soulmates to physical to… you get the gist.
Watch my Facebook page for dates and giveaways.

I donated a pre-version (raw mix) of one of the songs to a fundraiser thing I participated in for the victims and survivors of the Orlando Puls shooting, so here’s a pre-listen:

If you made it to this point, gee… thanks for reading!! You’re a brave one. And thanks again, Karin, for inviting me and making me re-acquaint myself with my old dolliverse.